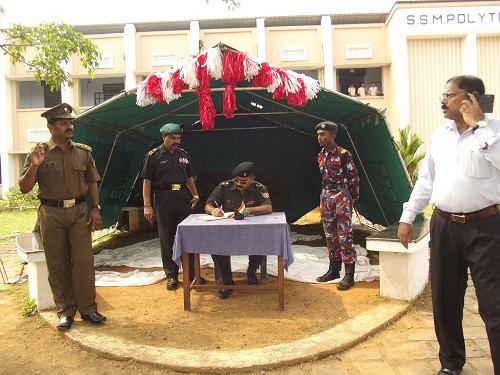 To develop character, commandership, discipline, leadership, secular outlook, spirit of adventure and the ideas of selfless service of amongst the young of the country

To create a human resource of organized trained and motivated youth to provide leadership in all walks of life and be always available for the service of the nation.

The national cadet corps is the Indian military cadet corps with its headquarters at New Delhi. Its formed on April 16th 1948.it opened to school and college on voluntary based. During indo-pack war at 1965 and1948 NCC was second line of defense .NCC have an official song titled Him sib bharathey, it’s adopted in Oct 1983.Ncc has 17 directorate and it’s divided in to 788 units. And have 3 service groups’ army, naval, and air force

In our institution NCC is started about 30 years before under 29 Kerala battalion Kozhikode group. There are 107 NCC cadets having both SD and Sw and one NCC officer enrolled to our units .The Ex-NCC officers in our college are 1) Capt. Moidheenkutty 2) Lt. Mohammedkutty (Late)   3) Kunjimoidheen    4) Major K Ameer Ali   5) Lt. Abdul Majeed(Late)  who are dedicated thier soul to NCC for a long years. Every year about 36 cadets passing and getting C certificate .

NCC activities in our institution has once again proved its credibility during the year under review .Training imparts  to cadets according to syllabi and cadets were put through annual trig camps ALC,RDC,NIC and also special verities of activities which improve adventure among the youth .Time bond activates as follows.

Every year NCC enrolment has to select new cadets to the first year of NCC. Selection Performa is based on the the students physical and general ability.It’s purely under control of Battalion and NCC officer.

Every year NCC opening ceremonial function and Independence Day is held on ague 15.our principal host the flag and also he give a message to the students. We will make a special NCC parade on that day and also distribute sweets all over the collage.

Camps were organised in various parts of the state during the year each enrollment must at least 1 ACT in a year. These camps mainly improve leadership quality and teach a practical of meaning of our motto .From these camps cadets get chance to innovate their ideas and also they get a great lesson of time management. Usually these camps have 10 days training covering important lesson like weapon training, map reading, shooting, and leadership.

Every year 10 cadets from our institution attending these camps. In these camp cadets were attached to army unit in order to give then the insight to the routine traning followed by combat forces and to obtain clear view of the latest sophisticated equipments using in armed force

It’s a special camp to make up the leadership quality. Every year one or two cadets from our institution attended in these camps like basic leadership camp and finally select to advanced leadership camp

In these national camps cadets from all directorate participate and mainly to improve cultural ability. In every year four cadets from our college should be selected to do NIC held at Punjab, Delhi, And also got several prizes in many program.

In every year two or three cadets from our college got chance to attend national trekking camp in out of states. Like nilagiri trekking, Assam, Kashmir covering distance of 100km .This camp build up physical and adventure skill; in cadet. Every year our college unit also conducting one day trekking in hill area like wayanadu, Palakkad, Munnar two or three staffs from the college also participate in these camps.

Our unit has a permanent guard team and got several  chance to give guard to well known great personalities like ADG,DG,GC,CO etc and also to ministers.

NCC is being the prime youth movement in India is always in front in social service activities. The following statistics will reveal enthusiasm and efforts taken by NCC cadets

Tree plantation : about 100 sapling were planted every year

Flag day collection: NCC cadets collect fund for widows and children of army soldiers who have died in various war and amount send to group. It is conducted on every year December 7th

Every year our chief unit celebrate republic day with varies programs .after flag hosting principal addressed the cadets and give massage cadets also conducts the special ceremonial parade and a film show also be there

Every year cadets from polytechnic college got grace mark upto 5% in their academic subjects examination.

A closing ceremonial function conducted after B and C exam every year. A chief guest from battalion participates in this program. Also our principal and all head of section attend the program

I consider it a matter of great Horner to have been appointed as the NCC Officer of our polytechnic college. It gives me great pleasure to extend my warm greeting and felicitation to all cadets , PI staffs ,Our principal and all staff of polytechnic college. I am also hopeful that the NCC will be accorded a higher priority in  the state so that we can attract the best of youth. I am express my all greeting to all who supported me for these success. 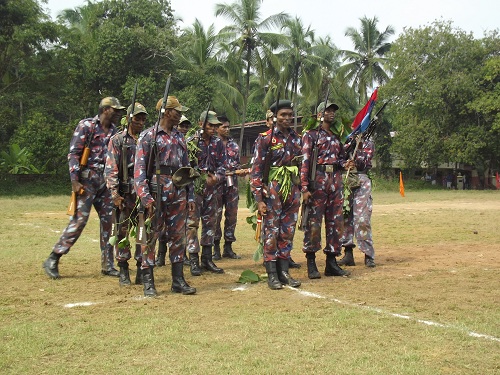 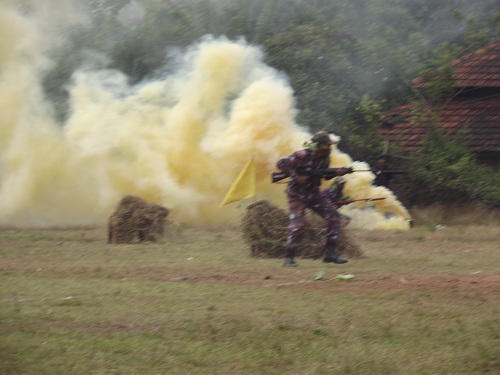 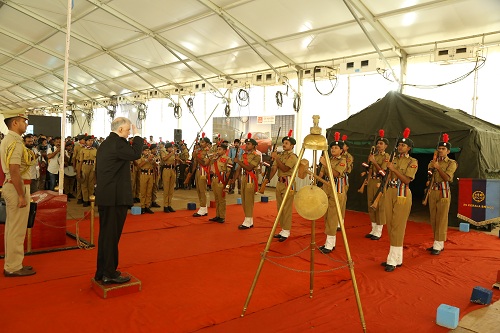 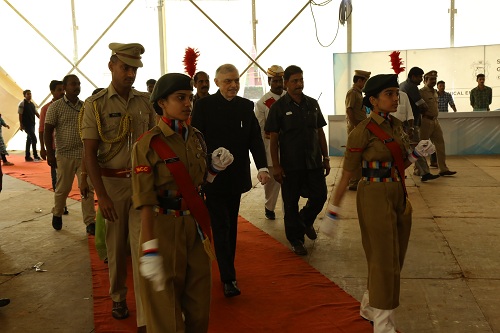 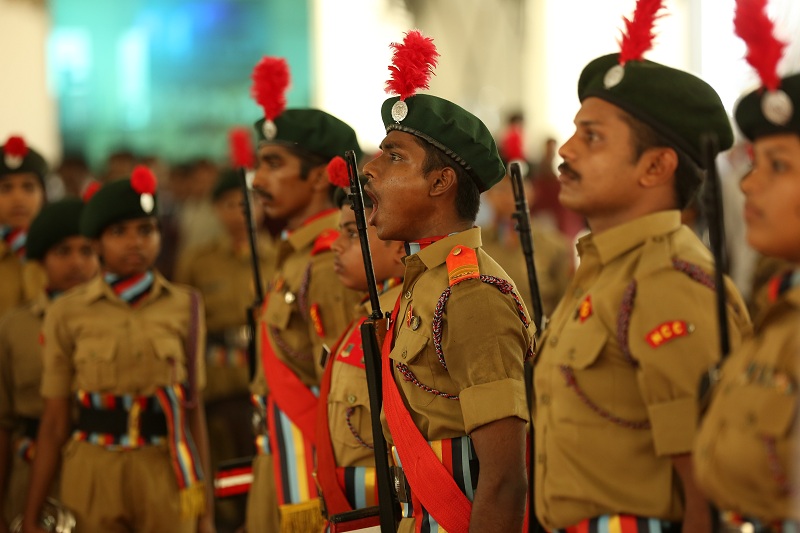 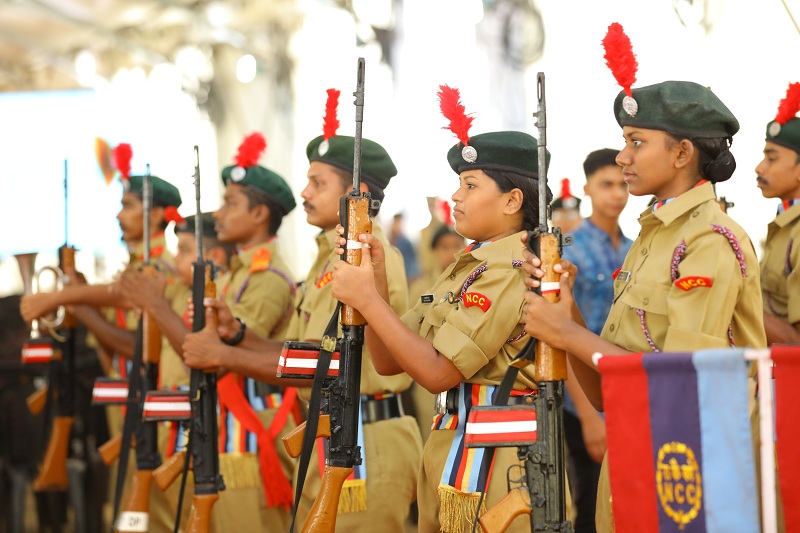 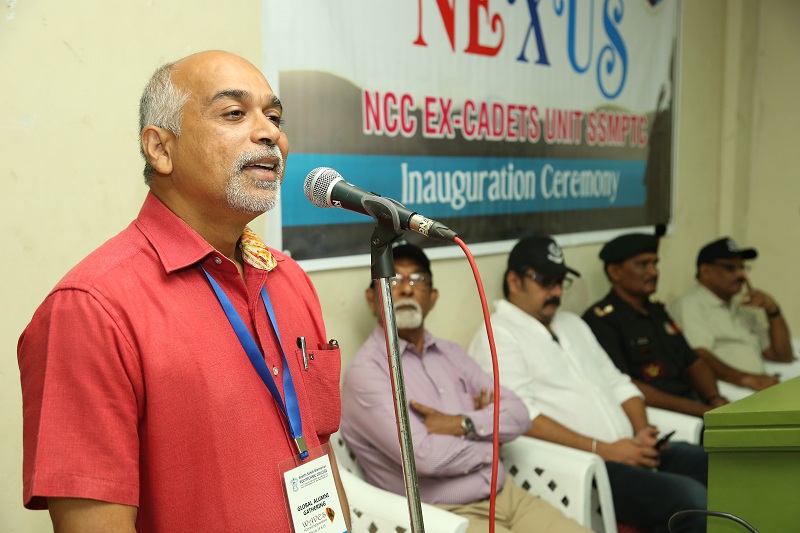 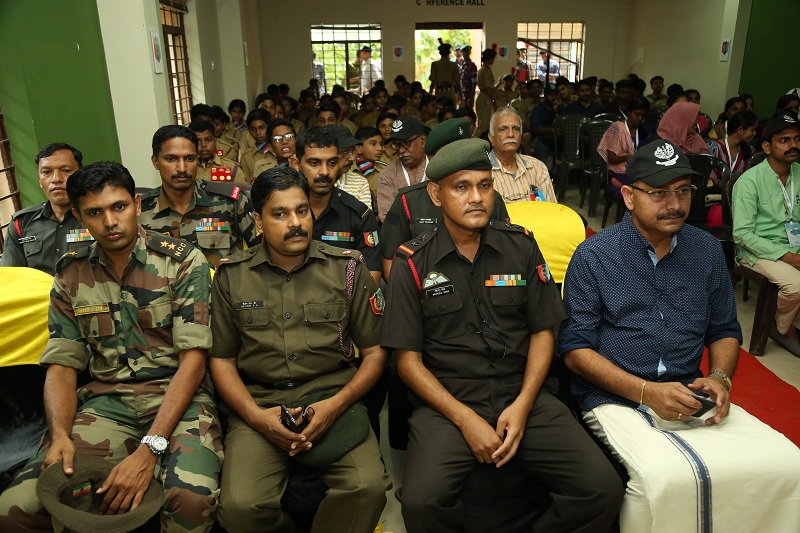 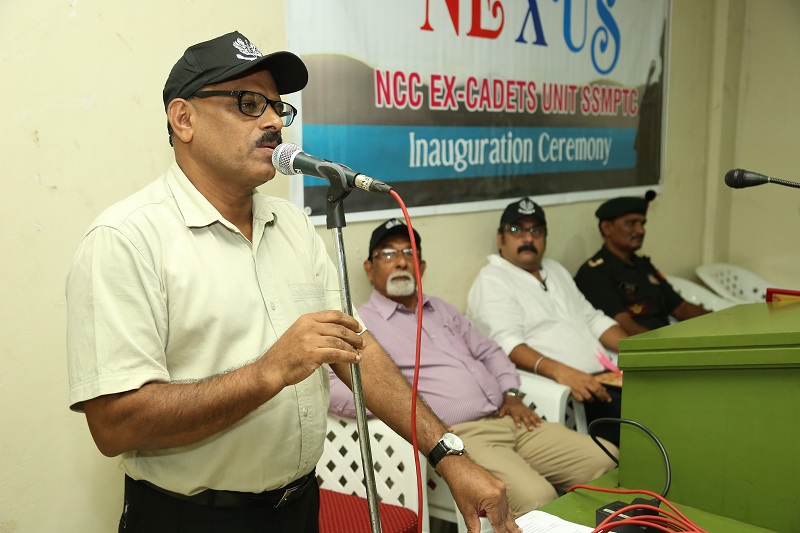 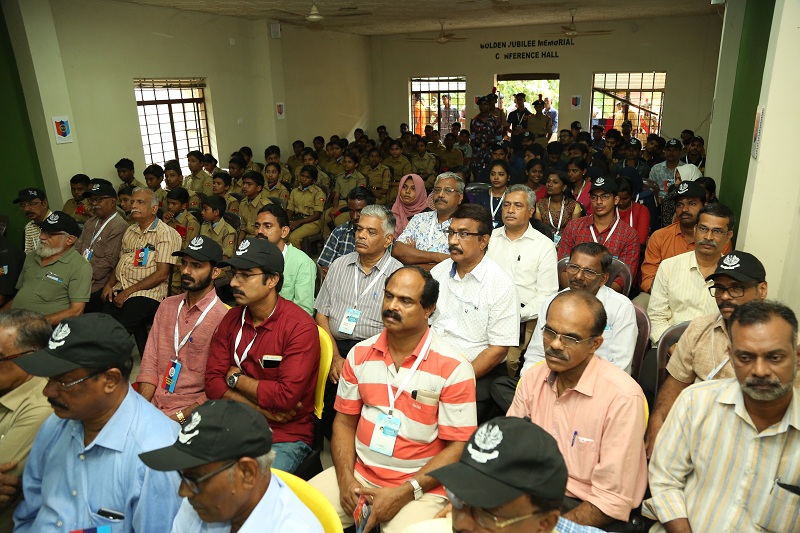 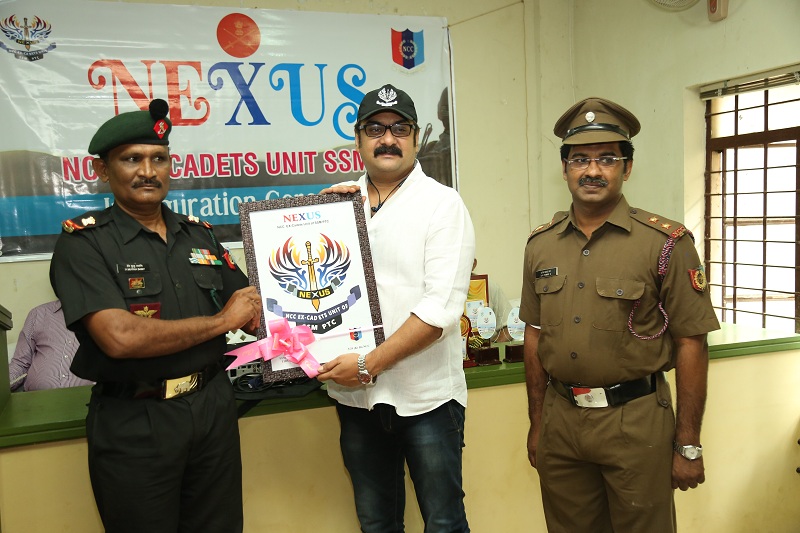 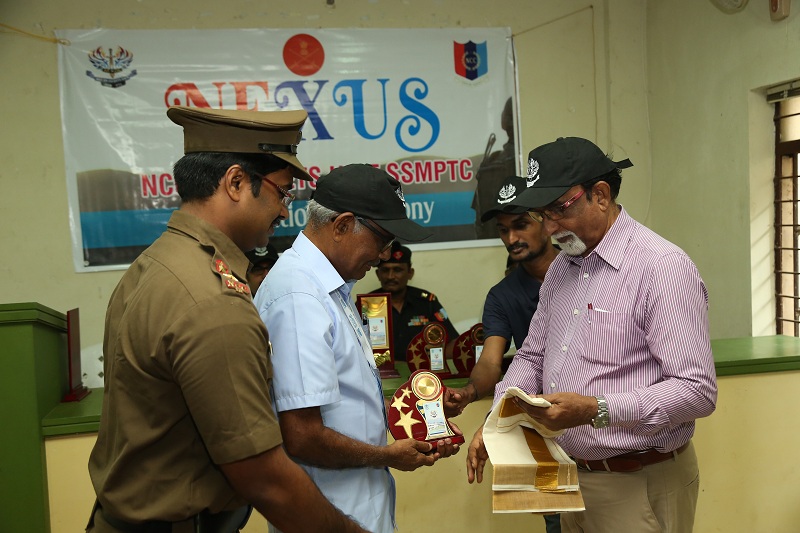 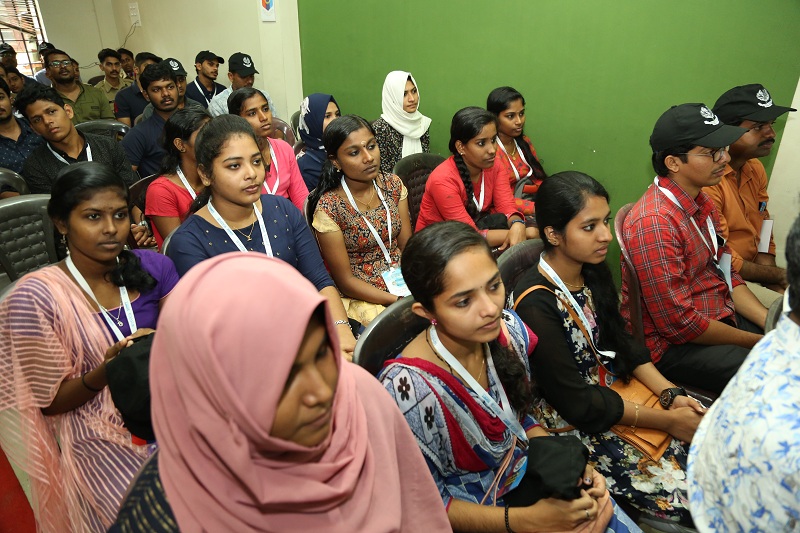 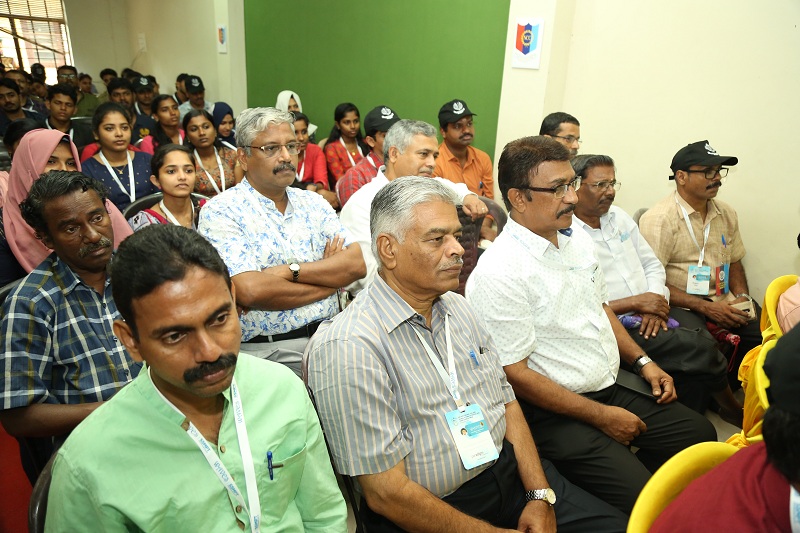